Kamsar Petroleum is a petroleum products distribution company created in 2015 in the Republic of Guinea. Since its inception, the company has grown rapidly and currently operates a network of about ten service stations. We also supply hydrocarbons to several corporate and mining clients in Guinea.

Each of our employees works daily with an attitude that includes continuous improvement, customer satisfaction and safety.

Kamsar Petroleum puts local content at the heart of its concerns. We believe that the development of local resources and skills is an indispensable step in creating a better company.

Safety is at the heart of our priorities and of all our operations. Our commitment to applying and maintaining rigorous international Health, Safety, Security and Environment (HSSE) standards is unwavering. 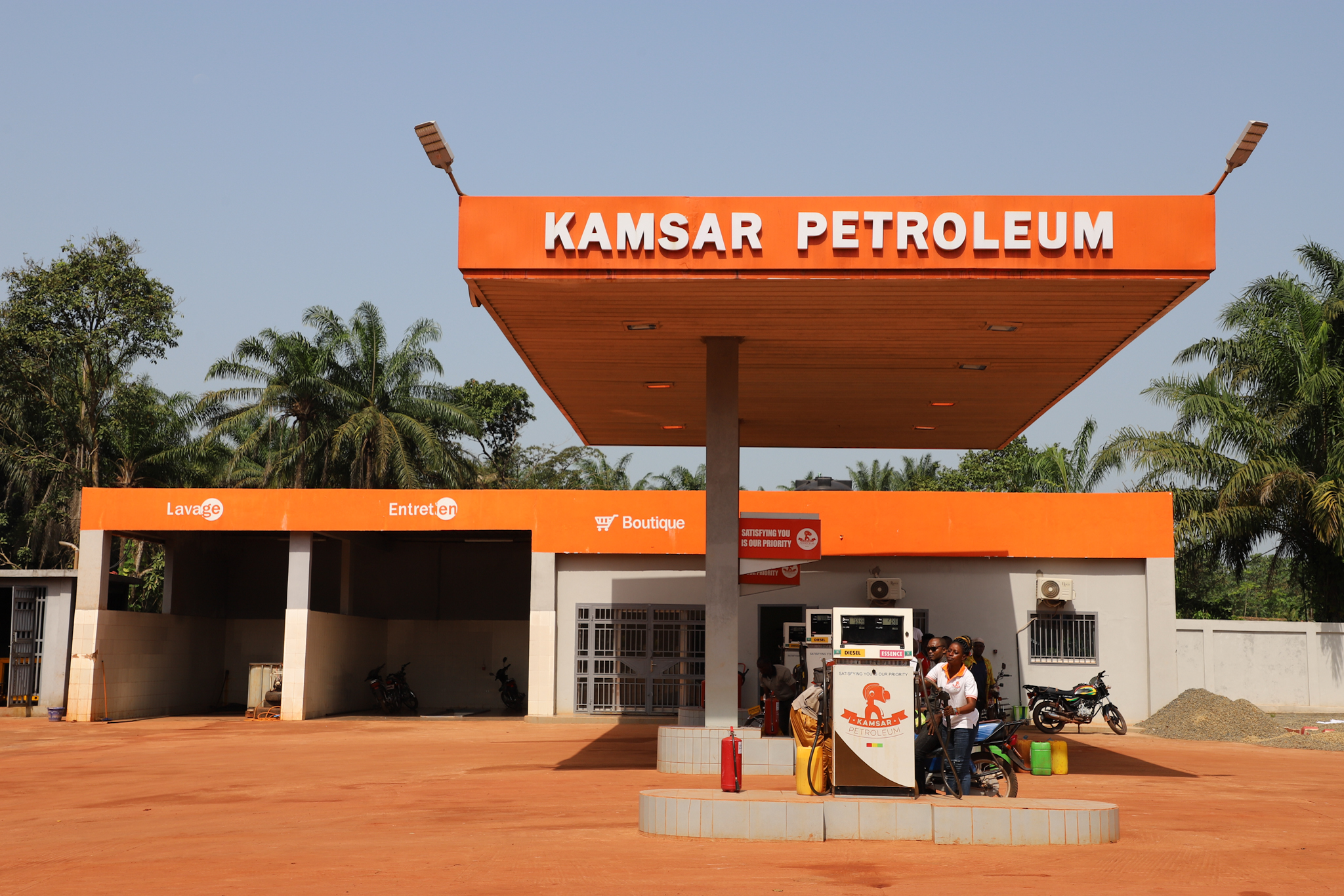 Our amazing journey was born from the vision of two sons from Africa and Guinea, Louis Camara and Mohamed Julien Ndao, respectively a mining engineer and a petroleum engineer by training, both benefiting from solid experience in major mining and petroleum companies, both overseas and in the Republic of Guinea.

Given the heavy investments and the specialised expertise they require, the import and distribution of petroleum products in the Republic of Guinea had been the virtual monopoly of some international groups since the country’s accession to independence. It became clear to the two young entrepreneurs that offering a local fuel distribution service in the Republic of Guinea and in Africa, based on innovative solutions and African skills, while meeting the highest international standards, was a necessity.

As a result, Kamsar Petroleum was created in 2015, based in particular on the innovation of mobile stations (Transtank) that allow the storage and distribution of fuel in places where the construction of a service station is impossible or economically unsustainable. Due to its rapid growth resulting from this strategic positioning, Kamsar Petroleum now has a distribution network that includes both conventional and mobile service stations.

YOUR PARTNER FOR ALL YOUR TRAVELS